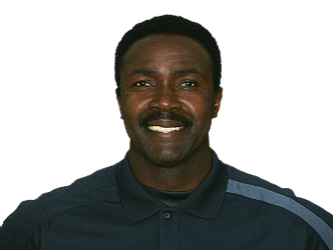 Jerry Gray was born and raised in Lubbock, Texas, and attended Lubbock Estacado High School. After graduating, he went to the University of Texas, where he stood out for his 297 career tackles, 16 interceptions and 20 passes. He was also a two-time consensus All-American. Gray's NFL career as a player started in 1985 when he was picked by the Los Angeles Rams in the NFL draft. He played for the Rams for six years (1985-1991) before finishing out his career playing for the Houston Oilers in 1992 and the Tampa Bay Buccaneers in 1993. As a coach, Gray started with the SMU Mustangs in 1995 as a defensive backs coach and soon moved into the NFL for the same coaching position for the Tennessee Titans in 1999.  He has served as defensive backs coach for the Washington Redskins (2006-2009) and the Seattle Seahawks (2010).  Gray was also a defensive coordinator for the Buffalo Bills (2001-2005) and the Tennessee Titans (2011-2013). He is now currently the defensive backs coach for the Minnesota Vikings (2014-present).