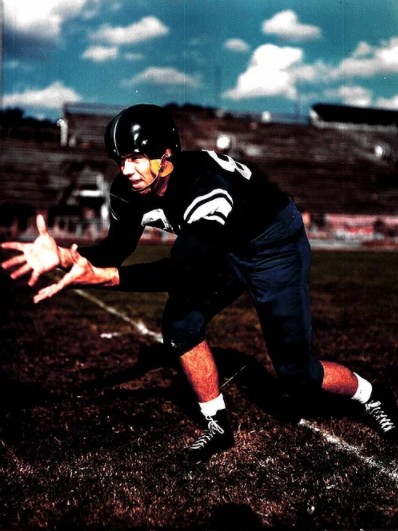 James "Froggy" Williams was a standout on the 1943-44-45 Waco High School teams which went to the state quarterfinals two years and tied for the state championship in 1945. Williams was an all-district end three years and made all-state twice. He caught an 86-yard TD pass in the 7-7 tie with Highland Park in the state championship game. Williams lettered four years at Rice and was named an all-American in 1949. He was inducted into the National Football Foundation Hall of Fame in 1965.