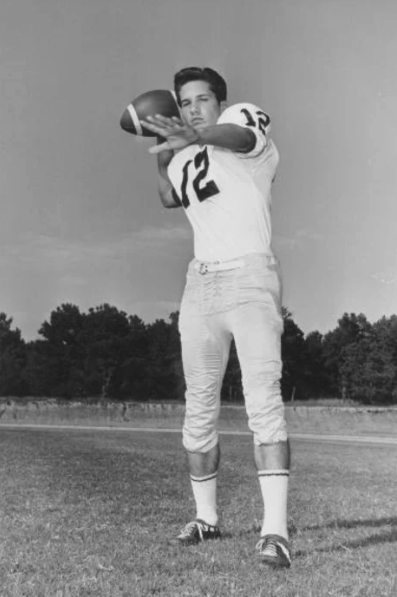 Street was a three-year starter at quarterback for coach Ty Bain at Longview. An all-around athlete, he lettered in football, baseball, basketball and track for three straight years. Street played in numerous high school all-star games, including the 1966 Oil Bowl in Wichita Falls, the Texas Big 33 All-Star Game against the Pennsylvania All-Stars and the THSCA All-Star Game. In the Big 33 game, he threw two TD passes in a 34-2 win over the Pennsylvania squad. An All-SWC quarterback at Texas, he guided the Longhorns’ wishbone attack to a national championship in 1969 and was undefeated as a starter. Street led the Longhorns to consecutive victories in the 1969 and 1970 Cotton Bowls over Tennessee and Notre Dame. Also an outstanding baseball player, Street was a three-time all-SWC pick and a two-time all-American who threw two no-hitters (one a perfect game) and led the Longhorns to SWC championships in 1968, 1969 and 1970. Street died on Sept. 30, 2013, at age 65.