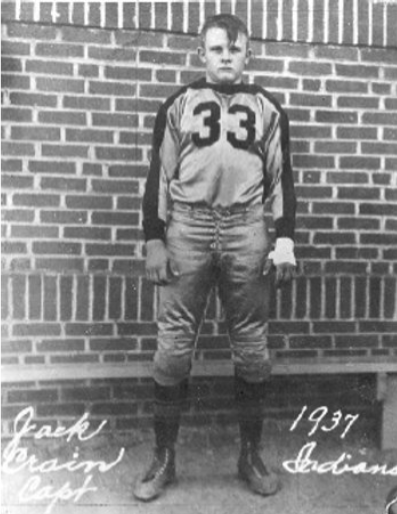 Crain stood just 5-feet-7 and weighed 110 pounds when he began four years of elusive running and all-around play for Nocona. Crain's value was illustrated when, as a junior in 1936, he sat out with an injury as the Indians dropped an early-season game to Burkburnett, 13-7. But in the rematch in the regional championship game­­ -- the deepest a Class B school could advance at the time -- Crain gained 396 yards rushing and returning punts to spark a 46-12 rout. For the season, he scored 41 touchdowns and, counting extra points, averaged 23 points per game. Crain also played in the THSCA All-Star Game and was named MVP in the 1938 Oil Bowl. He twice earned all-Southwest Conference and all-America honors at Texas, leading the league in rushing in 1939, and in scoring and punt returns in 1941. He later served three terms in the Texas Legislature. Crain died on Oct. 22, 1994, at age 74.