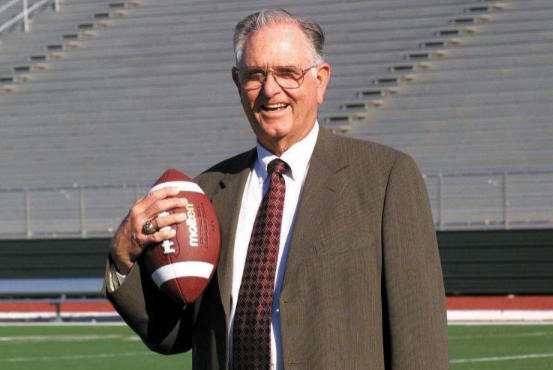 Johnson is currently serving his 52nd year with the Garland Independent School District. He graduated from Garland High School in 1945. Johnson was on the football squad at Texas A&M but transferred to North Texas where he lettered in football and graduated in 1948. He was the head football coach at Garland from 1957-1962. In 1960 his team defeated Highland Park to win the school’s first district title in the states top classification (4A). In 1962 he was named Athletic Director. Johnson has participated in all four state championships at Garland, one as an assistant coach (1956) and three as Athletic Director (1962, 1964, and 1999).In 1982 the Garland Independent School District renamed its 15,000 seat football complex Homer B. Johnson Stadium. Johnson is a member of the Garland Sports Hall of Fame, The Texas Athletic Directors Hall of Honor (1997) and the Texas High School Coaches Association Hall of Honor (1993). 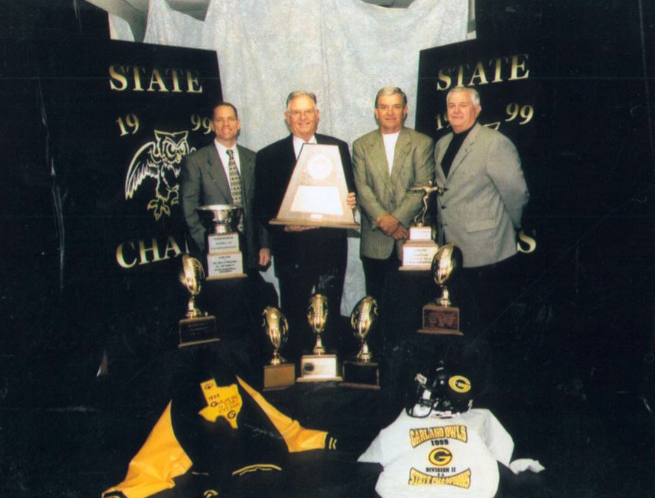 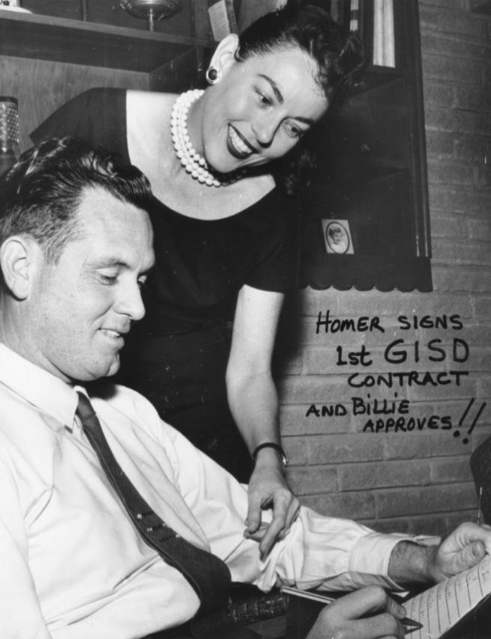 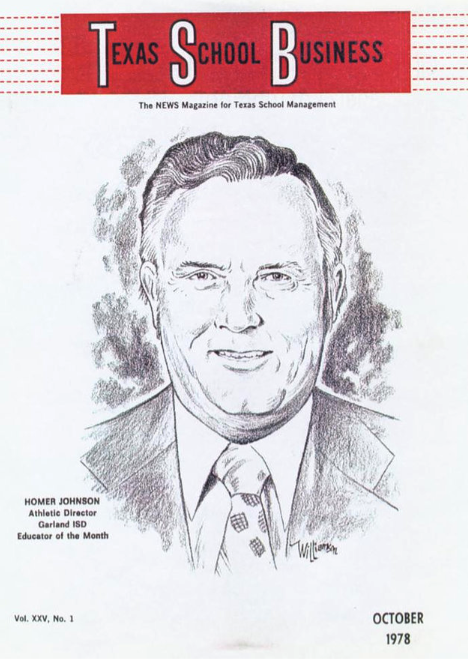 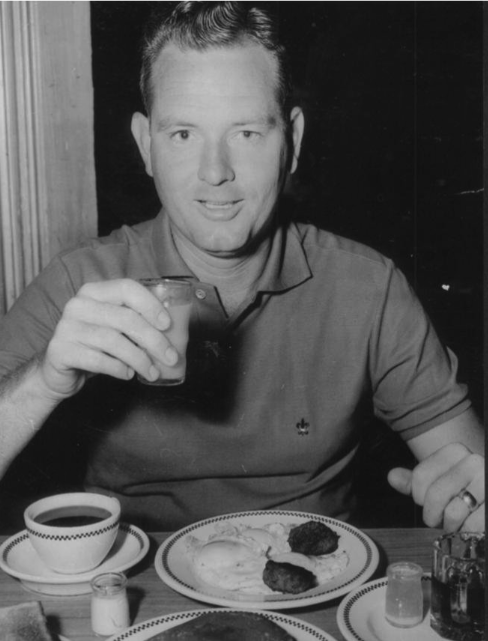 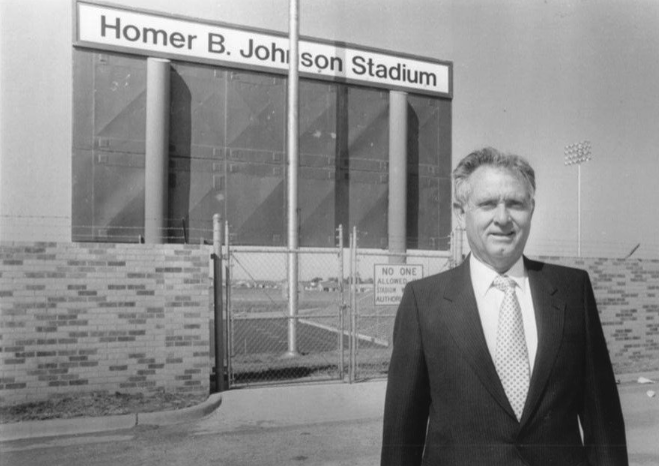