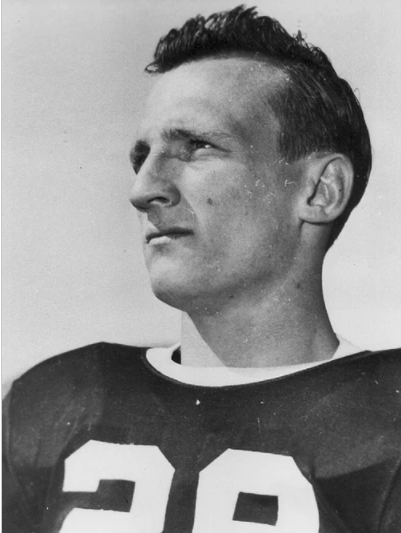 Smith was an outstanding performer during the mid-1930s at San Angelo, helping the Bobcats reach the state semifinals in 1933 and the quarterfinals in 1935. Playing at 140 pounds, he started every game and was a two-time all-state selection at end. Smith went on to star for Texas A&M, earning all-Southwest Conference and all-America honors in 1939 when he was co-captain of the Aggie national championship team. A pilot in World War II, he was killed in 1942 when his fighter plane crashed.