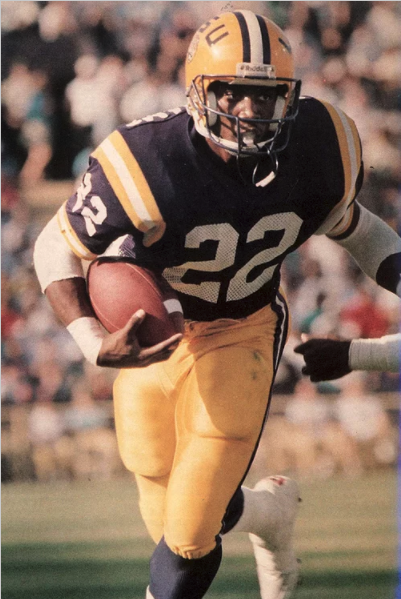 Compared to NFL greats Gale Sayers and Lenny Moore by Hempstead coach Robert Kinney, Williams was touted as the state’s top recruit almost from his freshman year. Blessed with size (6-2, 205) and 4.4 speed, he gained 2,976 yards in leading the Bobcats to a 12-2 year and the state quarterfinals as a junior, then earned first-team 3A all-state honors and a Texas Football Super Team berth in 1986 as a senior. Widely expected to sign with nearby Texas A&M, he shocked everyone by opting for LSU, where he rushed for 2,860 yards and 27 TDs for his career and earned all-SEC recognition as a senior. Taken in the first round of the 1991 NFL Draft by Kansas City, he spent eight years with the Chiefs, Seahawks and Raiders, finishing with 3,952 yards rushing, 1,442 receiving and 27 combined TDs.