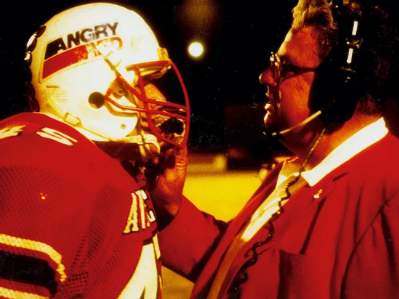 In a 23-year head coaching career that included stops in Dalhart, Kermit, Spearman and Plainview, Sherwood compiled an overall record of 173-62-2. He was known for turning down-and-out programs into playoff contenders. At Spearman, his teams did not lose a district game in five seasons, and his 1974 team advanced to the state finals. In 1978 he began rebuilding a Plainview program that had not been to the playoffs in the school’s 58-year history. During his 10 seasons there, the Bulldogs won or tied for five district titles. Sherwood also coached the North team to victory in the 1982 Texas High School Coaches Association All-Star game. He served as president of the THSCA in 1985, and in 1992 was inducted into that organization’s Hall of Honor. After retiring from coaching, Sherwood became athletic director for the Lubbock Independent School District.