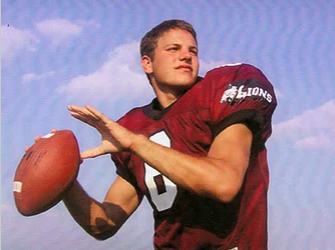 As a sophomore, Harrell quarterbacked Ennis to the 2001 4A Division II state title with a 21-0 victory over Bay City. In 2003, he had one of the most decorated senior campaigns in Texas prep history, passing for 4,825 yards and a state-record 67 touchdowns to earn Gatorade Texas Player of the Year honors and make all-state for the second straight season. He was also the AP’s 4A Offensive Player of the Year as a junior and senior, and finished his high school career with 805 completions for 12,532 yards. He played in the THSCA All-Star Game and the Oil Bowl and signed with Texas Tech, where he led the Red Raiders to four Bowl games. His career totals of 134 TD passes and 15,793 passing yards ranked first and second on the NCAA's all-time list when he graduated. Harrell signed with the CFL's Saskatchewan Roughriders out of College before spending four seasons with the Green Bay Packers.