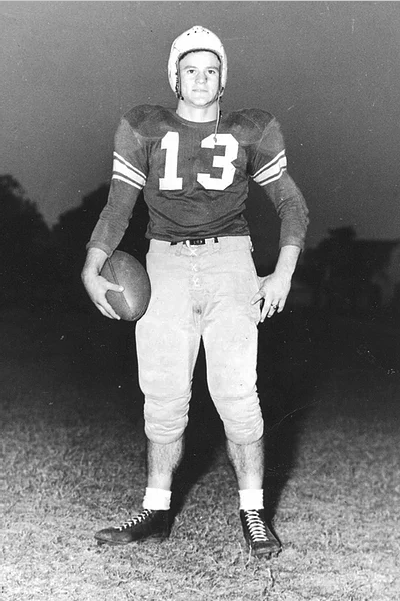 Lippman led El Campo to district, bidistrict and regional titles -- as far as Class B teams could advance in that era -- from 1945-47. The Ricebirds' three-time all-district quarterback was named all-state his final two seasons and all-American as a senior, when he scored 43 touchdowns and led the nation in scoring with 291 points. After playing in the North-South All-Star Game, Lippman signed with Texas A&M, where he made the Freshman All-SWC team and started every Aggie varsity game for three years. He was named all-SWC in 1951 when he led the conference in rushing and kick returns, then starred in the East-West Shrine game. He was also named an Academic All-American as a senior. Lippmann later starred in the Canadian Football League with Edmonton, leading the Eskimoes to a 26-25 win in the 1954 Grey Cup with a clinching 85-yard run. He was also an SWC football official for 20 years, working five Texas-OU games and seven bowl games.