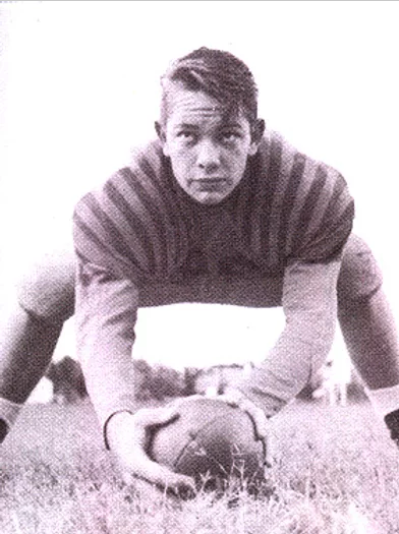 Strohmeyer earned 24 varsity letters in six sports during his high school career, participating in football, basketball, baseball, track, boxing and swimming. In 1941 he was a first-team all-district selection. Strohmeyer played center on back-to-back Notre Dame national championship teams in 1946-47, and became the first player from the Valley to earn collegiate all-America honors in 1946. He was also selected to play in the 1948 College All-Star game in Chicago. Strohmeyer played pro football with the Brooklyn Dodgers of the All-America Football Conference in 1948 and the Chicago Hornets in 1949. He was named All-Pro his rookie season with the Dodgers. Strohmeyer died on Jan. 12, 1992, at age 67.