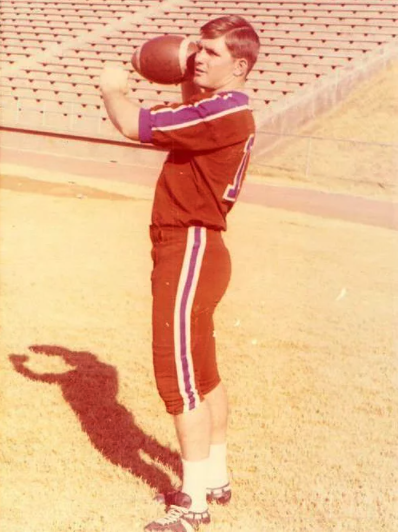 Mullins was an all-state quarterback who led San Angelo Central to the 1966 4A state championship. Mullins scored the winning touchdown in the title game to give the Bobcats a 21-14 victory over Houston Spring Branch. That season Central had a 13-1 record and outscored its opponents 423-91. Mullins was selected to the 1966 Texas Football Magazine Super Team and was a Prep High School All-American. He also played in the 1967 Big 33 All-Star Game and set a game record for longest touchdown pass (56 yards). Mullins lettered three years at the University of Houston (1969-1971) and was the first quarterback to take the Cougars to 2 bowl games (Bluebonnet Bowl in 1969 and 1971). Since taking the head football job at Grapevine High School in 2000 he has guided the Mustangs to consecutive playoff appearances.