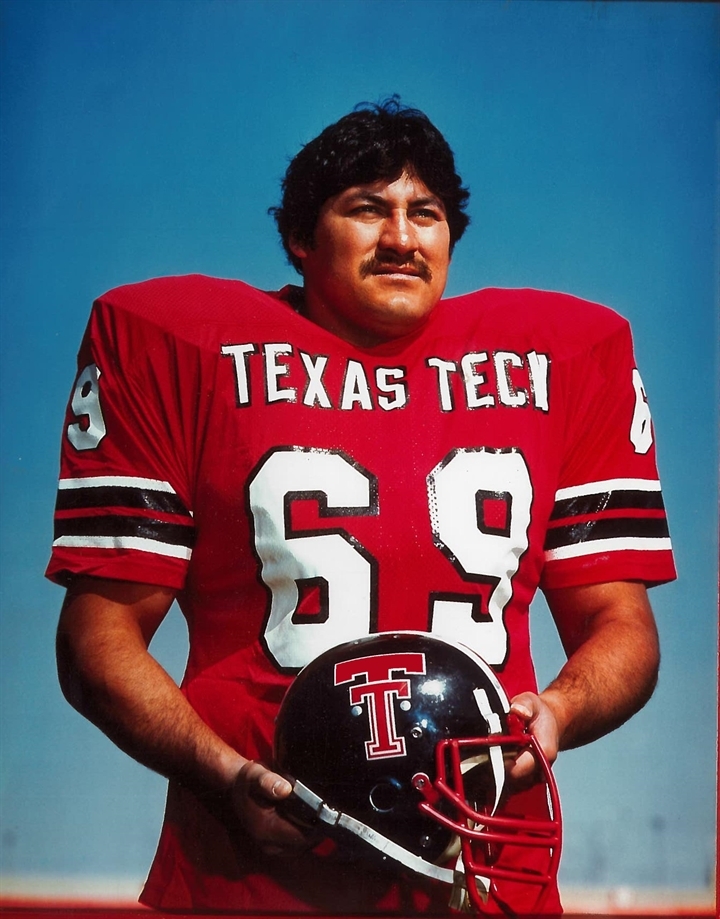 Rivera was a dominating high school presence who played multiple positions at San Antonio’s Jefferson High School. He was a two-time all-district linebacker and tight end and helped lead his team to a district co-championship in 1978. During his high school career, Rivera earned 12 varsity letters in football, basketball, baseball and track. He was also selected to PARADE MAGAZINE’s All-America team. At Texas Tech, Rivera started in his last 40 games and amassed 321 career tackles from 1979-82. “Senor Sack” became the Red Raiders’ 10th all-America selection after a brilliant senior campaign where he led the team in tackles from his noseguard / defensive tackle positions. That season he was also made the All-SWC team, was named the SWC’s Defensive Player of the Year by the AP and was chosen to play in the Blue/Gray All-Star Game. Rivera was the 21st overall selection in the 1983 NFL Draft by the Pittsburgh Steelers. His promising football career was cut short by an automobile accident in 1983.