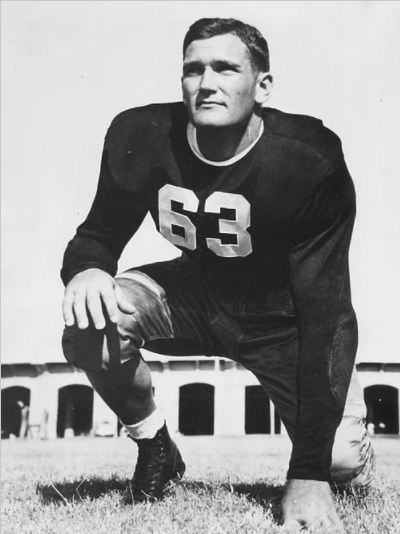 Wesson was a two-time all-district tackle who made all-state in 1937. He led the Wildcats to three consecutive district championships, including a 1937 trip to the quarterfinals, where they lost to eventual state champion Longview. Wesson, who played in the 1938 Texas High School Coaches All-Star Game, was one of the state’s most sought-after recruits. He accepted a scholarship to Texas A&M and was a member of the Aggies' 1939 national championship team. He played on Aggie teams that won three straight SWC championships and went to three bowl games. After football, he served 30 years in the U.S. Army where he rose to the rank of colonel and served in World War II, Korea and Vietnam. Wesson died on Feb. 19, 1997, at age 78.