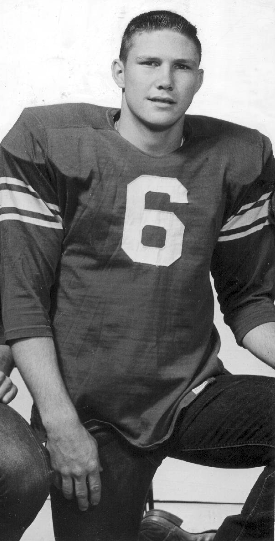 Ernie Koy Jr. was a high school all-American and all-Southern halfback, punter and linebacker at Bellville. In 1960, he was selected team captain and “Most Valuable Texas High School Player”, which led him to play in the THS All-Star Game in 1961. His outstanding feats at Texas gained him deserved honors including All-SWC Freshman Back, SWC Outstanding Back, All-SWC Second Team, All-American Honorable Mention, and the UT Longhorn Sportsmanship Award in 1964. Koy played in the Cotton, Orange and Hula Bowls and was named All-Pro and All-Eastern Conference while playing for the New York Giants. As an attorney in Bellville, Koy has been highly active in community affairs including Boy Scouts, Hospital Authority, Lions Club and many others.