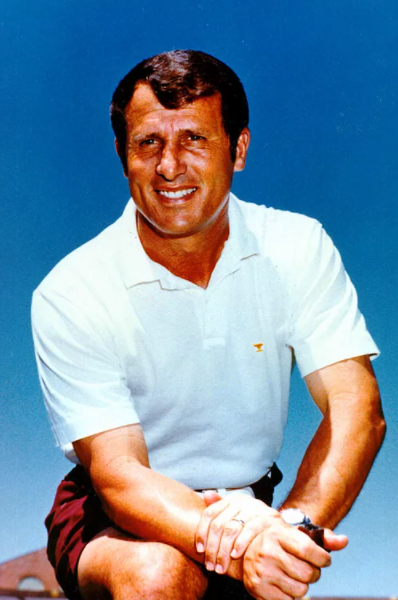 While best-known as an innovator who developed the wishbone offense into the most dominant college attack of the 1960s and '70s, Bellard began his career as a title-winning high school coach. After playing high school football at Aransas Pass and collegiately at Texas and Southwest Texas State, the Luling native spent 15 seasons as head coach at Ingleside (1952-54), Breckenridge (1955-59) and San Angelo Central (1960-66), winning a pair of 3A state championships at Breckenridge and a 4A crown at Central. Bellard was hired as linebackers coach by Texas coach Darrell Royal before the 1967 season, and a year later installed the famed offense that powered the Longhorns to a national championship in 1969 and helped make stars of James Street, Chris Gilbert, Steve Worster and Jim Bertelsen. Bellard used the wishbone to turn Texas A&M into a national title contender after becoming head coach in 1972, and later resurrected Mississippi State's fortunes as well. After going 85-69 in 14 seasons as a college head coach, Bellard returned to Texas in 1988 to take the helm at Spring Westfield. He retired in 1993 with a high school record of 177-59-9 in 21 seasons. Bellard died on Feb. 10, 2011, at age 83 of amyotrophic lateral sclerosis (Lou Gehrig's disease). 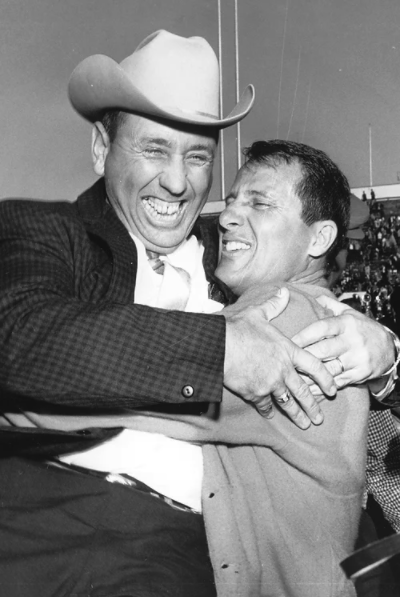