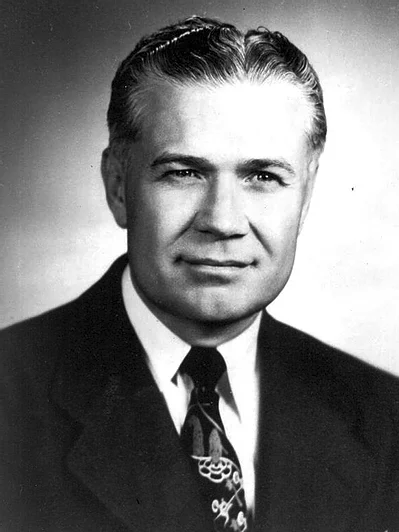 Curtis was one of the all-time greats among Texas high school football coaches. An innovator, Curtis cleverly combined features of the Notre Dame Box formation with the popular and effective “T” formation to produce winning teams at Breckenridge, Highland Park, Anson, Ranger and Electra high schools and later as backfield coach at the University of Texas. Raised in Vernon, he later attended Abilene Christian University, starring in baseball and football at both schools. His Anson teams won 28, lost 5, tied one and claimed the State Class B Crown in 1926. At Ranger, Curtis-coached teams won 40, lost 15, tied 5, then he really made his mark at Breckenridge. Over 10 years, his teams won 83, lost 22, capturing seven district titles, losing to state champ Austin in the 1942 finals, and tying Waco for the state title while at Highland Park in 1945. Curtis’ offenses were highly effective at UT. He closed his career by serving as athletic director in Lubbock. He died on June 28, 1978, at age 75.