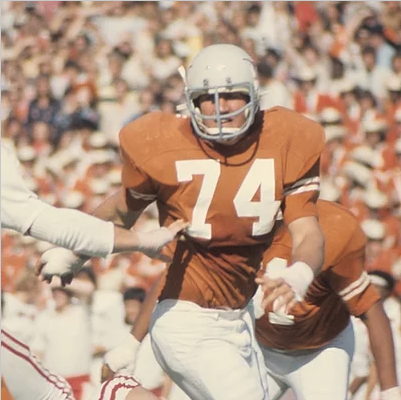 English was a two-way all-district lineman and honorable mention all-American by COACH & ATHLETE MAGAZINE in 1970. At Texas, he was a two-time consensus all-Southwest Conference pick (1973-74) and was named all-American in 1974 by the Associated Press, TIME, and LOOK magazines. He also was one of just two offensive linemen in the last 40 years to earn Longhorn MVP honors. English played in four Pro Bowls with the Detroit Lions in an 11-year career (1975-85).