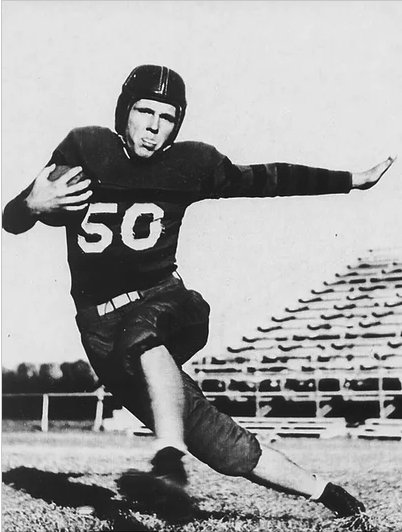 Cox was a triple threat for the Ballinger Bearcats in the late 1930s, accounting for 152 of the team’s 155 points in 1939 as a runner, passer and kicker. A true iron man, Cox played all but four minutes of his senior season, and never called a timeout. He later played at San Angelo Junior College and SMU before military service (he flew 24 missions over Germany as a B-17 waist gunner) interrupted his college career. After the war, he earned his degree at McMurry College and began a long high school coaching career that took him to Colorado City, Ballinger and later Brownfield after he returned to McMurry as head coach and athletic director. Cox is a member of the THSCA Hall of Honor. He died on Jan. 27, 2011, at age 86.