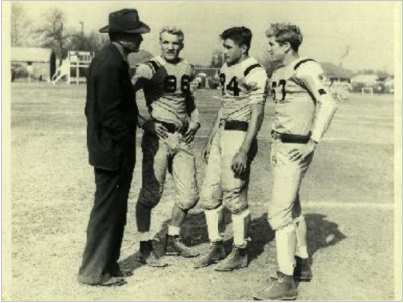 Walker, who immortalized the number 37 (he wore it throughout his entire football career, high school, collegiate, and professional) teamed with Bobby Layne at Dallas Highland Park. Walker went on to Southern Methodist University where he became a three year All-America, and is given credit as “the man who built the Cotton Bowl.” After college Walker played with the professional Detroit Lions for six seasons, where his number 37 is now retired. He is generally acknowledged to be the greatest all-around football player in Texas history.