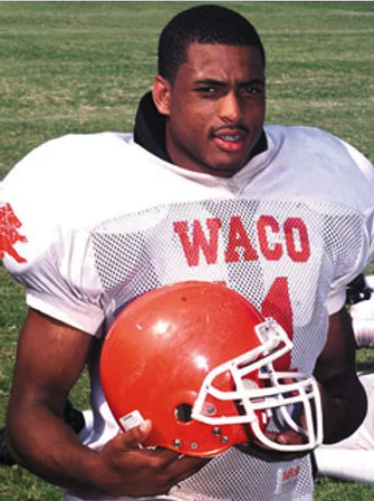 Derrick Johnson was among the most dominant high school players of the decade, earning All-State honors at linebacker and leading the Waco Lions to the 5A quarterfinals his junior and senior seasons. Johnson's playmaking skills were evident with 327 tackles, 34 for losses, 11 sacks, 10 forced fumbles and 4 interceptions as his final two year in high school. A two-time Parade All-American, he was rated the top linebacker recruit in state. Johnson also earned a spot on the Texas Football Super Team and played in the inaugural U.S. Army All-American Bowl in 2001. At the University of Texas (2001-2004), he was a two-time consensus all-American, four-time all-Big 12, and Defensive Player of the Year as senior, when he had 130 tackles (19 for losses), 9 forced fumbles, an interception and 8 pass breakups. In 2004 Johnson also won the Dick Butkus and Bronco Nagurski Awards. He was drafted in first round by Kansas City in 2005 and just completed his 10th season as a linebacker for the Chiefs. Johnson was voted to three consecutive Pro Bowls from 2011-2013.