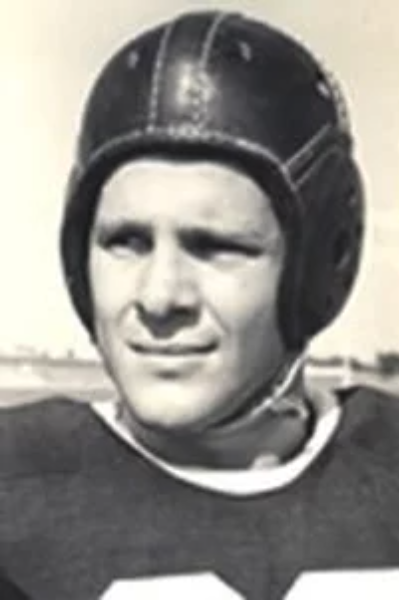 Known as “The Little Giant”  – one sportswriter claimed he couldn’t weigh 150 pounds “soaking wet, with a pecan in each pocket” – Bagley was a big star at San Saba. Mixing touchdown passes with dazzling runs, Bagley led the nation in scoring with 269 points as a junior in 1937, earning all-state and all-America recognition. Bagley’s sensational season was enough to impress radio host Robert Ripley, who invited the player to appear on Ripley’s “Believe it or Not” program in New York. Following high school, Bagley continued his football career at TCU. In 1941, he lifted the Horned Frogs to one of their biggest upset victories in years, motoring for a 70-yard touchdown to spark a 14-7 win over Texas. Bagley died on Nov. 2, 2000, at age 80.