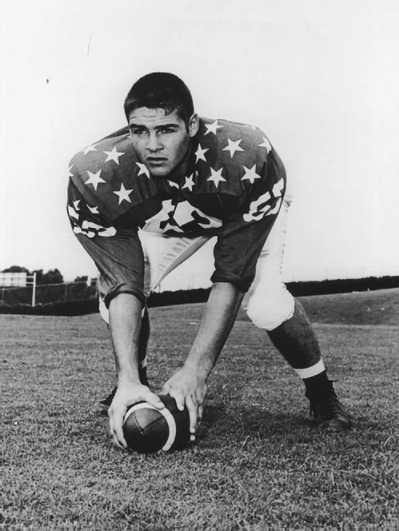 David McWilliams led Cleburne High School to the 1959 co-state championship with Breckenridge. That season McWilliams intercepted 22 passes on defense and was named the outstanding lineman for District 9-AAA. McWilliams was the only unanimous selection to the Texas Sports Writers Association All-State team. He played in the Texas High School Coaches Association All-Star game and the Wigwam Wisemen of the World High School All-American game in Baton Rouge, Louisiana. McWilliams played at the University of Texas from 1961-1963. He was a member of the Longhorns 1963 undefeated National Championship team. McWilliams later coached at his alma mater from 1987-1992.