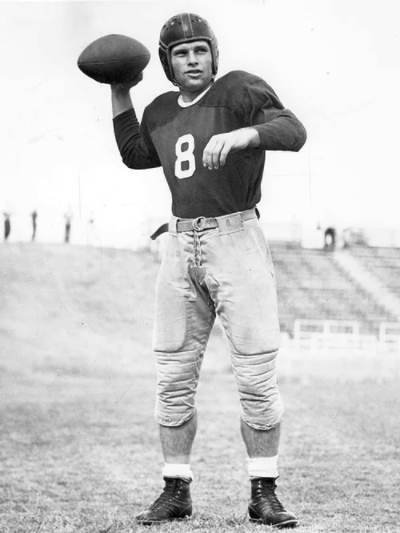 Before his name was associated with the top passing award in college football, “The Little General” was one of the top high school passers of his or any era. O’Brien was a three-year starter at Woodrow Wilson, earning all-state honors as a 149-pound senior in 1934. That season he was also a member of the first North-South All-Star Game squad. O’Brien blossomed into one of the game’s all-time greats in college at TCU, leading the Frogs to the 1938 national championship while throwing for 1,509 yards and 19 touchdowns. O’Brien received the Heisman Trophy that season, the first Southwest Conference player ever to win the honor. He went on to play a pair of seasons with the Philadelphia Eagles before retiring from football. O’Brien is also a member of the Texas Sports Hall of Fame and the College Football Hall of Fame. He died on Nov. 18, 1977.