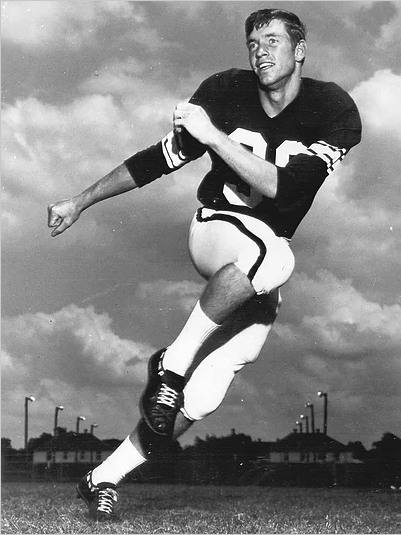 An outstanding dual-sport athlete in football and baseball, Elmendorf was touted as one of the state’s top prep recruits in 1966. He is one of the few Houston area players to ever be ranked in each of six statistical categories. At Texas A&M, Elmendorf was a two-time All-SWC defensive back (1969-70) consensus all-American (1970) and an all-American outfielder in baseball. He play nine years with the Los Angleles Rams (1971-79), earning All-Pro honors, and was inducted into A&M’s Hall of Fame in 1978.