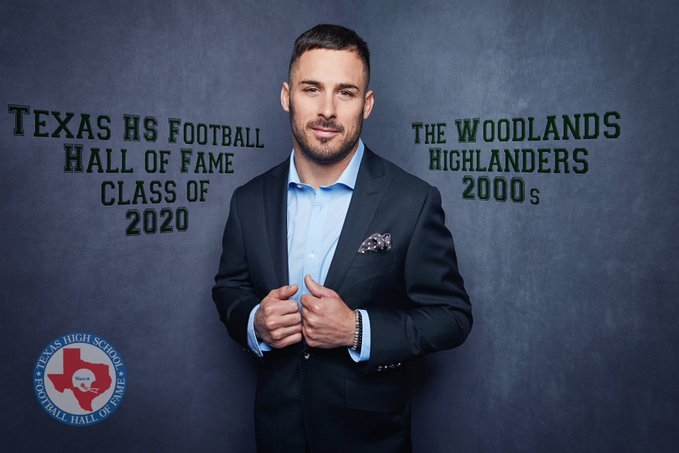 One of the top receivers in Texas as a senior, Danny Amendola piled up 1,045 receiving yards with 8 TDs and 129 rushing yards helping The Woodlands reach the Class 5A Division I state championship game in 2003.

Amendola went on to thrive in Mike Leach’s air raid offense at Texas Tech. He is second in school history with 109 receptions in a single season, 8th in single-season yardage with 1,245, 9th in career receptions with 204, and was a first-team All-Big 12 selection as kick/punt returner in 2004.

Amendola led the NFL in 2010 in total yards with 2,364. For his career, including playoff games, Amendola has amassed 12,563 yards. He’s a two-time Super Bowl champion with the New England Patriots.