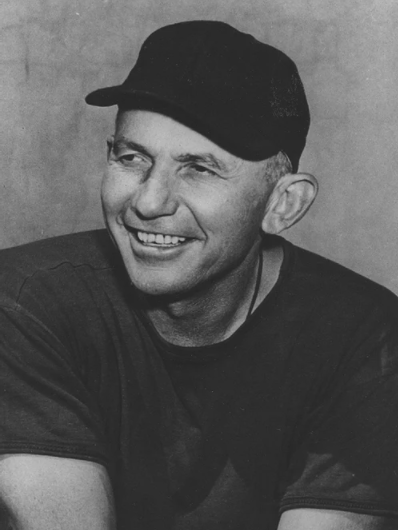 C.R. “Pat” Pattison coached at Lubbock High School from 1948-1953 winning four district championships in the rugged “Little Southwest Conference”. Pattison’s 1951 and 1952 teams had perfect undefeated records and beat Baytown for the state championship two years in a row. The Westerners set a 4A record with a 29 game win streak that lasted from 1951-53. An offensive innovator, Pattison’s teams used a numerous offensive formations including an early version of the spread T formation. During Pattison’s tenure at Lubbock his teams regularly drew between 15,000 and 20,000 fans and in 1952 the Westerners sold twice as many season tickets as Texas Tech. Pattison also coached at Olney, Denison, Wichita Falls and Vernon. His overall coaching record is 253-70.