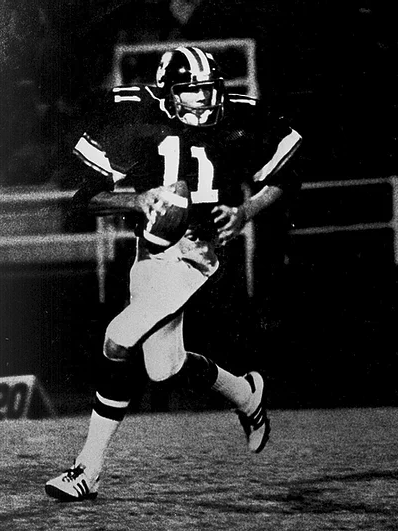 Carlson led Churchill to a three-year record of 31-5 and emerged as one of the state’s finest passers as a senior, throwing for 2,270 yards en route to all-district, all-city and all-state recognition. Carlson then moved on to Baylor, where he set school records for passing yards (5,411), touchdowns (52) and total offense (5,835). He guided the Bears to three bowl games and was named MVP of the team’s Liberty Bowl victory over LSU in 1985. A two-time all-Southwest Conference selection, Carlson was also honored as the SWC’s Outstanding Player of the 1980s. Drafted by Houston in the third round of the 1987 NFL draft, he spent his entire seven-year career with the Oilers, passing for 4,469 yards and 21 TDs.