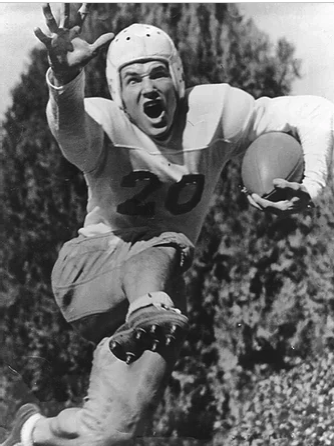 Haas was not only a sensational football player at Corpus Christi High School, but was a state champion sprinter and an all-star baseball player as well. He led his team to the quarterfinals in 1933, the finals in 1934 and the semifinals in 1935. He was a great punter, an out standing defensive halfback and a sensational runner and passer. Haas was twice named to all-state teams, in 1934 and 1935, and went on to star in football and baseball at the University of Texas. He passed away January 21st, 2007, at the age of 89.