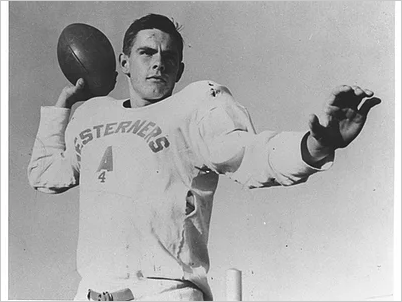 Brewer was a three-year starter at quarterback for Lubbock, and capped his career by leading the Westerners to a 13-0 record in 1951 and the 4A state championship. He passed for 147 yards and rushed for 52 as Lubbock edged Baytown, 14-12, in the title game. Brewer was an all-district, all-state and all-America selection, and was voted the state's most outstanding high school player that season. Brewer finished his senior season with several all-star appearances, including the Oil Bowl, the Greenbelt Bowl and the THSCA All-Star Game. Brewer went on to sign with Texas and played quarterback for the Longhorns from 1953-1955, earning all-SWC recognition in '53. His son, Robert Brewer, played quarterback for UT in 1981-82, and led the Longhorns to a 14-12 win over No. 3 Alabama in the 1982 Cotton Bowl.