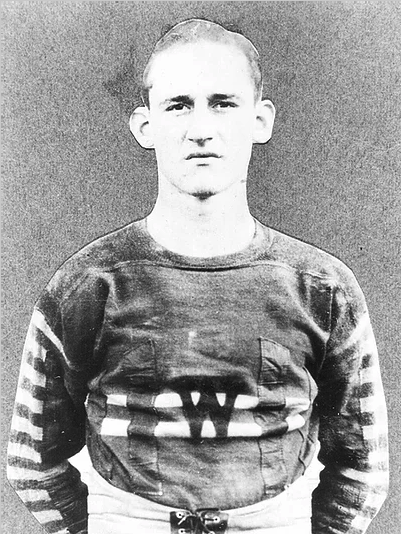 Leyendecker, a Waco tackle, was the first player in Texas to make consensus all-state three years in a row (1926-1928). He played on the Tigers' 1926-27 state championship teams and in '27 helped them win a mythical national championship with a 44-12 win over Latin High of Cleveland, Ohio. Waco that season scored a record 784 points and held their opponents to 33. Leyendecker went on to earn consensus All-South honors from 1930-32 at Vanderbilt. As a senior, he was chosen to play in the North-South All Star Game in Baltimore, and later was contracts by the Green Bay Packers and Chicago Bears but opted for the Philadelphia Eagles. He played one year before retiring and beginning a construction business. Leyendecker died on Aug. 10, 1971.