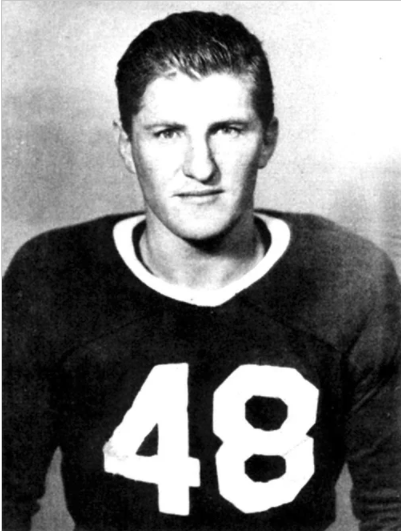 Aldrich played center for Temple High, but was so dominant as a senior that Waco sportswriter (and 1985 inductee) Jinx Tucker named him to all seven line positions on his all-state team. Aldrich went on to earn all-Southwent Conference honors at TCU in 1937 and consensus all-America recognition a year later as he led the Horned Frogs to the national championship. He was later chosen to the all-time squads of both the Cotton and Sugar Bowls, and was the first lineman from the SWC chosen in the first round of the NFL draft, spending 10 years with the Washington Redskins. He was inducted into the National Football Foundation Hall of Fame and the Texas Sports Hall of Fame, and in 1950 legendary sportswriter Grantland Rice put him on his all-America team for the half century (1900-1950). Late TCU coach Dutch Meyer, who also had Heisman Trophy winner Davey O'Brian on that 1938 national championship team, called Aldrich the best player he ever coached. 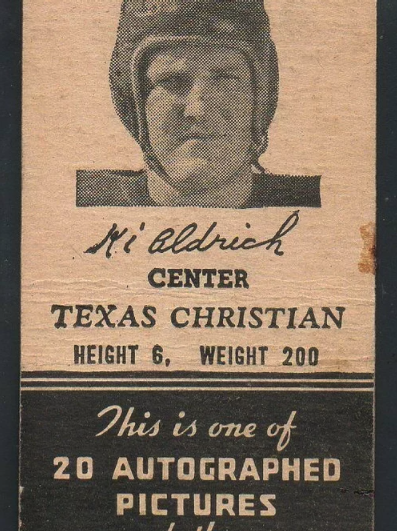