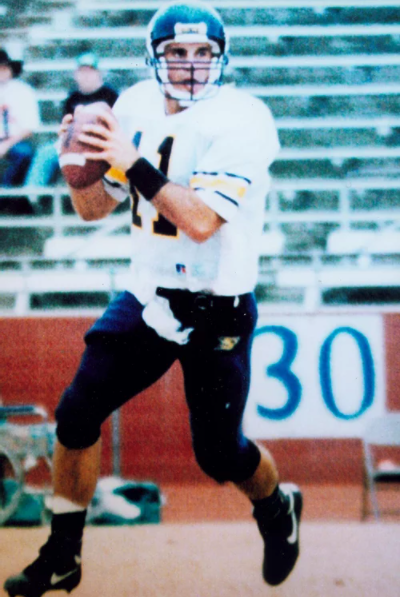 Stewart led Stephenville to its first state title in 1993, passing and rushing for a combined 4,704 yards and 47 touchdowns to earn Associated Press Class 4A Player of the Year and high school all-America honors. He was at his best in the biggest games, running for 122 yards and passing for 175 -- including the game-winning two-point conversion -- in a 21-20 state semifinal victory that snapped Waxahachie's 30-game winning streak. A week later in the 4A championship game, he threw for 205 yards and a TD and ran for 94 yards and two scores as the Yellow Jackets capped a 16-0 season with a 26-13 win over perennial power La Marque. One of the state's top recruits, he signed with Tennessee before transferring to Texas A&M a year later. As a senior, he guided the Aggies to a 36-33 win over Kansas State in 1988 to clinch A&M's only Big 12 football title.