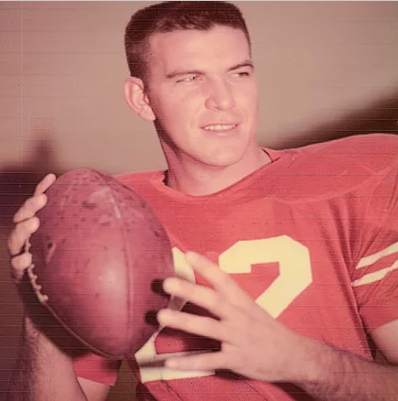 A three-year starter at quarterback and punter for Weslaco, Lackey earned all-state honors in 1955 after leading the Panthers to a 13-0 mark before a 20-7 state semifinal loss to Hillsboro. He also played in the THSCA All-Star Game. Lackey went on to play at Texas, where he quarterbacked the Longhorns to a share of the 1959 SWC title (coach Darrell Royal’s first at UT) and led the team in scoring in both 1958 and 1959. He also became the first UT player on the cover of SPORTS ILLUSTRATED (Nov. 9, 1959), when he was featured walking up the tunnel at the Cotton Bowl after a win over Oklahoma.