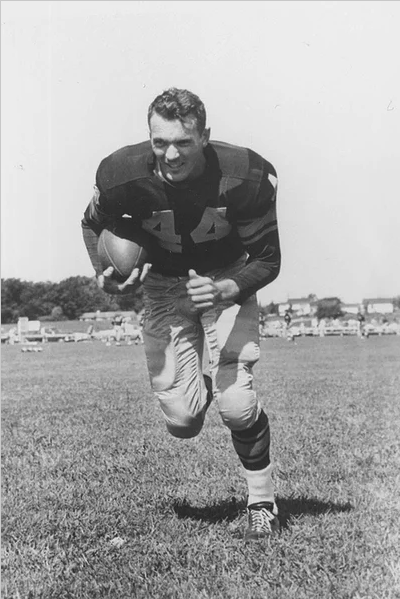 Bobby Dillon played for Temple coaches Les Cranfill and Ted Dawson. Dillon’s senior year he led the Wildcats to a 6-2-1 record but lost to eventual state championship Waco in the 10AA district title game before a crowd of over 13,000 at Temple’s Woodson Field. Dillion later became an All-American safety and team co-captain for the 1951 SWC Champion Texas Longhorns. That season he returned 20 punts for 276 yards and intercepted five passes. Dillon played in the NFL with the Green Bay Packers from 1952-1959 and was selected to four Pro Bowls. He was named All-Pro five times and retired as the Packers’ career interception leader with 52. he is a member of the Green Bay Packer Hall of Fame, the Packers’ 75th Anniversary Team and the Packer’s All-Century Team. Dillon was inducted into the Texas Sports Hall of Fame in 1996.