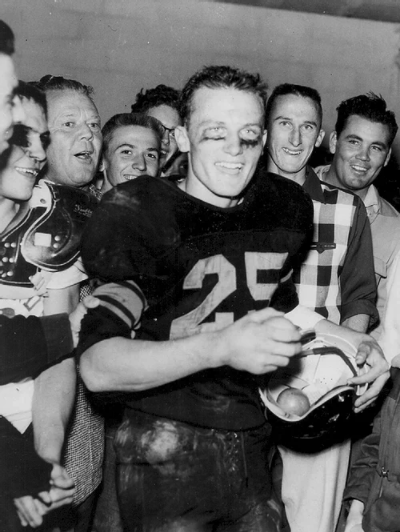 A three-sport star at Garland, Boyd twice earned all-state recognition at halfback in addition to being selected second-team all-state in basketball. He was also selected as a high school football all-American as a senior in 1955. That season he led Garland to the Class 3A state final against Port Neches-Groves, where the Owls fell, 20-14, on a touchdown pass with five seconds remaining. Boyd moved on to the University of Oklahoma, where after playing defensive back as a sophomore, he moved to quarterback for his final two seasons, earning all-conference honors as a senior. In Boyd’s three years, the Sooners went 27-5. Drafted by the Baltimore Colts, Boyd returned to the secondary and was named All-Pro four times in a nine-year career. His 57 career interceptions still rank in the top 20 in NFL history (he was third at his retirement), and his 6.33 pickoffs per season are No. 2 all-time behind Green Bay’s Bobby Dillon (6.5).