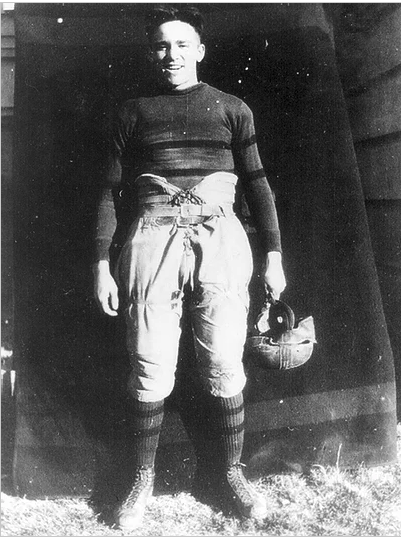 Estes was an all-state halfback for his coach and fellow HOF member P.E. “Pete” Shotwell in 1922. In 1921 Estes led Abilene to playoff wins over Big Spring and Electra before losing to Oak Cliff in the semi-finals. In 1922 the Eagles outscored their opponents 259-19. They advanced all the way to the state championship game but lost to Waco 13-10. Shotwell called Estes “the greatest high school player I ever coached.” At Simmons College in Abilene Estes made all conference in 1925 and 1926. In 1926 he captained the conference winning team 6-1-3 record. In 1933 he graduated from the Baylor School of Dentistry and returned to Abilene where he practiced until the mid 1970’s.