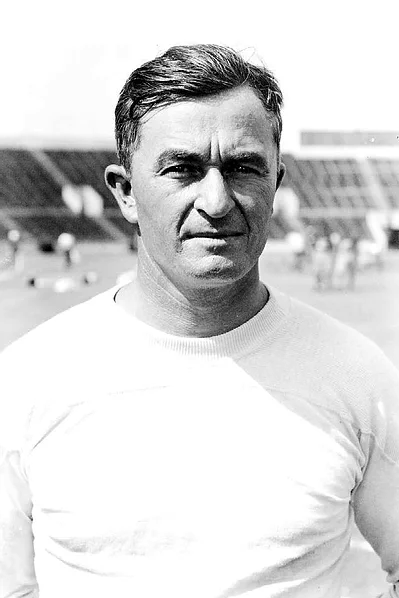 The only coach to win a Texas schoolboy state title and a Southwest Conference football crown, Cherry is described by some as the greatest prep coach in the state’s illustrious history. When Cherry moved from Fort Worth Northside to Amarillo in 1930, the Sandies had never won a playoff game. Cherry proceeded to fashion an 85-5-1 record in seven seasons, including consecutive state championships in 1934, ’35 and ’36. The Sandies lost only one home game in that span and shut out 45 of their 89 opponents. Hand-picked by D.X. Bible as his successor, Cherry took over as head coach of the Texas Longhorns in 1947, coaching four seasons and racking up a 32-10-1 record, including the 1950 SWC title. Cherry has also been enshrined in the Texas Sports Hall of Fame, UT’s Hall of Honor, the Panhandle Sports Hall of Fame and the Texas High School Coaches Hall of Honor.