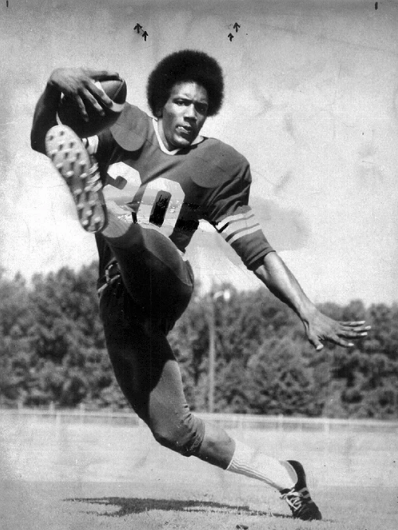 Billy Sims rushed for 7,733 yards during his high school career at Hooks. The two-time all-state selection also was chosen all-South and prep all-America as a senior, amd received the Amarillo Chamber of Commerce Award for the state's most outstanding player. His greatest individual performance may have come as a sophomore, when he rushed for 381 yards and five touchdowns in a 45-35 regional playoff victory over Rockwall. In addition to scoring runs of 44, 57 and 28 yards, he returned a punt 66 yards for another TD, kicked three extra points, and made two touchdown-saving tackles. One of the state's top recruits as a senior, Sims chose Oklahoma, where he rushed for 3,183 career yards, was a two-time all-American and won the 1978 Heisman Trophy. Taken by Detroit with the first pick in the 1980 NFL draft, he was named Rookie of the Year and made All-NFL three times (1980-1982) before his career was cut short by a severe knee injury in 1984. He retired as Detroit’s all-time leading rusher with 5,106 yards. 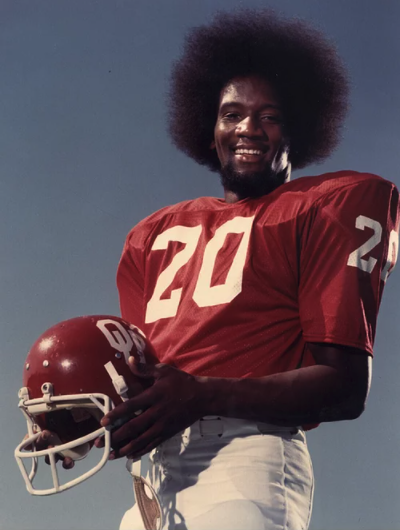