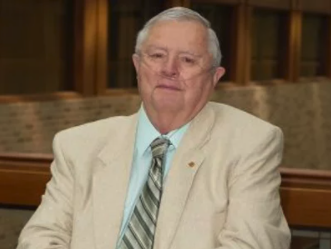 Hart was one of the leading advocates of high school sports in general and football in particular, for more than 50 years. His game stories, features and columns appeared in the LUBBOCK AVALANCHE-JOURNAL, TEMPLE TELEGRAM, SAN ANGELO STANDARD-TIMES and ABILENE REPORTER-NEWS, earning awards from the Associated Press, Texas Sports Writers Association and the Lone Star Conference. Hart has been a member of the Texas Sports Hall of Fame selection committee for more than 30 years, and has taught journalism at Abilene Christian College and Lubbock Christian College. He passed away April 21st, 2015 at age 83.