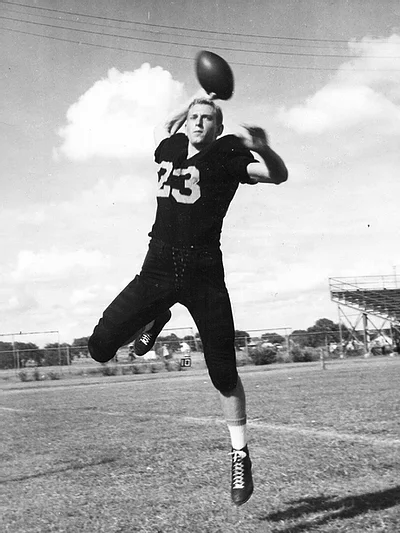 A star in several high school sports, Bucek excelled on the gridiron as the first four-year football letterman in Schulenberg history. A three-time all-district selection, Bucek added all-Centex, all-state and all-America honors as a senior, rushing for 1,273 yards. Six of his 17 touchdowns covered more than 40 yards. After high school, Bucek was a three-year letterman at Rice and was captain, starting quarterback and team MVP in 1959, when he led the Owls in rushing, passing, total offense and scoring. He played in the Hula Bowl and East-West Shrine all-star games before signing with the Toronto Argonauts of the Canadian Football League.