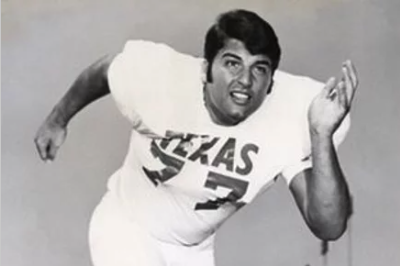 Attessis was a three-time all-district selection at Houston Jones, and earned all-state and all-America honors as a senior in 1966 after leading the Falcons to the state quarterfinals for the second straight season. At 6-3 and 210 pounds, he was among the top defensive line recruits in the nation before signing with Texas, where he became a two-time all-America defensive end for the Longhorns' 1969 and '70 national champions. A consensus all-SWC choice in 1969-70, he was a finalist for the Outland Trophy as a senior. Drafted in the second round by the Baltimore Colts, he was injured in training camp and eventually waived before spending his only NFL season with New England. In a 1996 HOUSTON CHRONICLE story on Texas' greatest high school players, Attessis was ranked as the No. 2 defensive lineman.