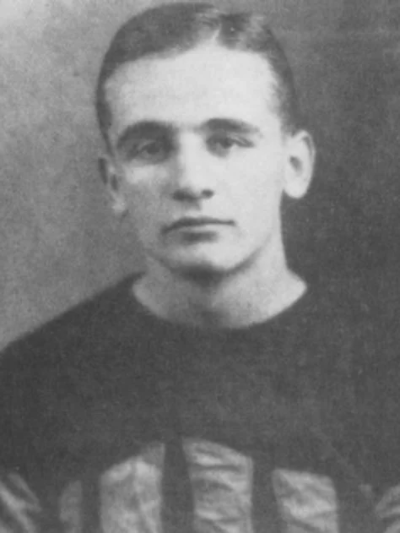 Bert Marshall played at Greenville in 1933-35. As a 125-pound sophomore quarterback in 1933, he led the team to the state championship with a 21-0 win over Dallas Tech at the age of 14. His coach, Henry Frnka, called him the state’s finest player, and later judged him the greatest player he ever coached. Hall of Fame sportswriter Harold Ratliff named him to his Texas High School All-Half-Century Team in 1950. Marshall went on to star at Vanderbilt, winning All-America honors as a junior before missing his senior season with an injury. He served as a fighter pilot with the Air Force in World War II, shooting down seven enemy planes. He joined Frnka in the Greenville Hall of Fame's inaugural class in 1980. 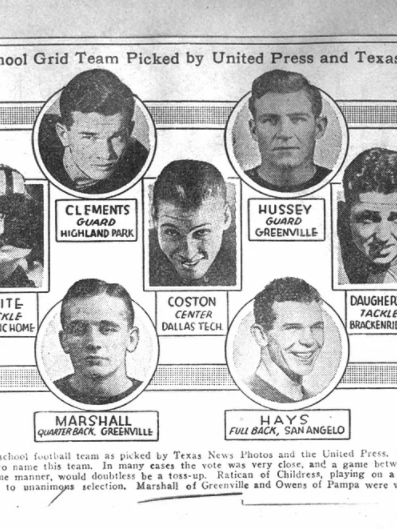