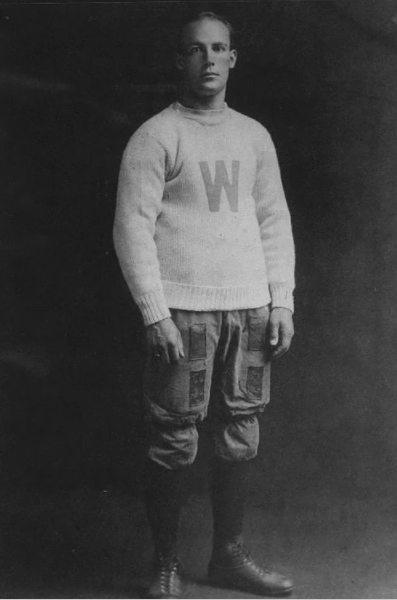 A passer ahead of his time, Boynton was the first Texas high school football player to earn all-America status in college. Boynton led Waco High to the “unofficial” state championship game (the UIL hadn’t been formed yet) in 1915, where the Tigers played Fort Worth North Side to a 6-6 tie. Boynton was a triple threat on the gridiron, excelling as a runner and a drop-kicker in addition to his terrific passing skills. After high school, Boynton migrated to Williams College in Wiliamstown, Mass., where he was named an all-American as a freshman. In his sophomore year in 1917, Boynton directed Williams to an unbeaten season. After serving overseas in World War I in 1918, Boynton returned to Williams with a bang. He was named all-American for the second time in the ’19 season, and led the national in scoring in 1920 with 141 points. He also tied the collegiate record with a 110-yard touchdown return of a missed field goal attempt. After college, Boynton played four years of pro football and later helped organize the Southwest Football Officials Association. He was inducted into the National Football Hall of Fame in 1963.