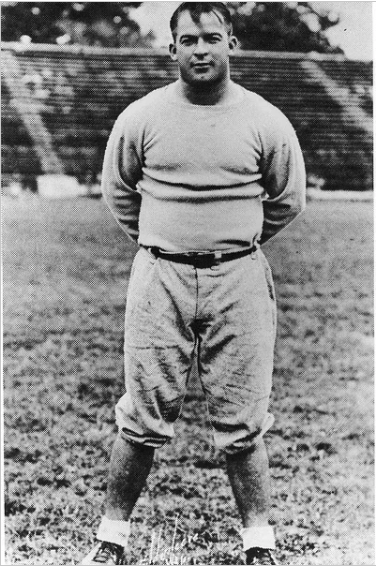 Koch was an all-state end for Temple in 1926, and four years later as a Baylor guard became the first consensus all-American in Southwest Conference history. When Hall of Fame coaches Matty Bell and Dutch Meyer picked their all-time Texas schoolboy team in 1968, they led their line selections with the 5'-11", 195-pound Koch. His play at Baylor merited rave notices from Notre Dame legend Knute Rockne and then-Nebraska coach D.X. Bible. After he was named the outstanding defensive player in the 1930 East-West Shrine Game, the San Francisco Chronicle reported, "There were a lot of great linemen in the game, but Koch was simply the best. A steamroller could not get over him." After playing pro baseball and serving in the Merchant Marine, Koch coached at Baylor, Tulsa and George Washington. He has been inducted into the College Football Hall of Fame, the Baylor Hall of Fame and the Texas Sports Hall of Fame. Koch died on April 28, 1964, at age 57.