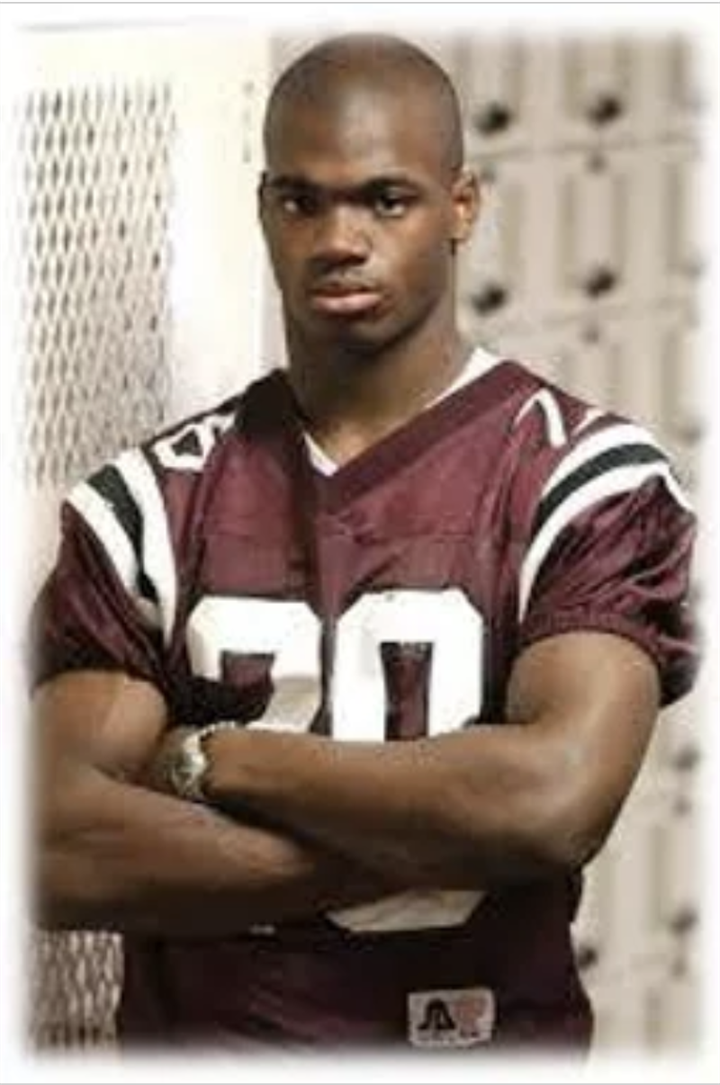 Peterson had his breakout season as a junior at Palestine when he rushed for 2,051 yards and 22 touchdowns. He topped that as a senior with 2,960 yards and 32 TDs, gaining 11.7 yards per carry. Those two seasons vaulted him to national fame as a college prospect. He chose Oklahoma and earned first-team All-American honors as a freshman when he rushed for 1,843 yards and 15 touchdowns. Peterson went on to earn All-Big 12 honors in all three of his collegiate seasons before turning pro after his junior campaign. The Minnesota Vikings selected him with the seventh overall pick of the 2007 draft. As of the beginning of the 2017 season, Peterson has earned seven Pro Bowl selections and four first-team All Pro honors. He was the NFL MVP 2012 and the NFL Offensive Rookie of the Year in 2007.