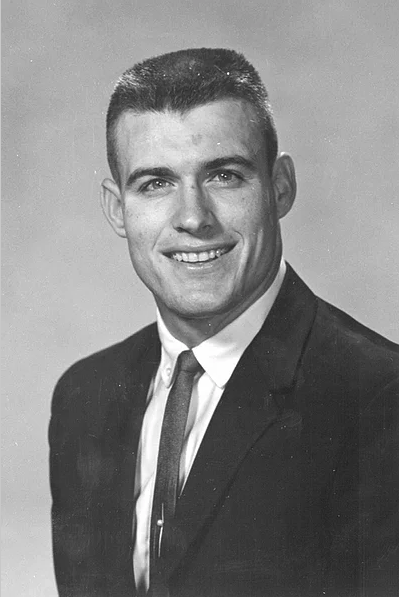 Ronnie Bull, broadcaster Pat Summerall once said, “has the perfect name for a running back.” He had a great football career as well. As a senior at Bishop, Bull rushed for 2,451 yards in 12 games and led the nation in scoring with 225 points to earn all-district, all-state and all-America recognition. In one monstrous performance, he stampeded for 395 yards and five touchdowns against Orange Grove. Bull went on to star at Baylor from 1958-61, earning Southwest Conference Player of the Year honors in 1960 and all-America recognition in both 1960 and ’61. Bull’s transition to pro football was just as seamless. Taken by the Chicago Bears with the seventh overall pick in the 1962 draft, he was named NFL Rookie of the Year that season and a year later helped the Bears win the league title. Bull retired in 1971 after 10 NFL seasons, with 3,222 yards rushing, 172 receptions for 1,479 yards and 14 touchdowns.