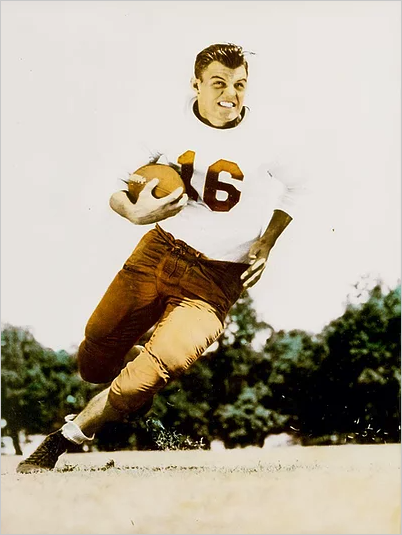 Clay was a bruising halfback who also starred in basketball, earning all-state honors in both sports as a junior at Pampa. But it was on the gridiron that he was nearly unstoppable. As a senior, Clay earned trips to the Oil Bowl and the Texas High School All-Star Game. He also won a pair of state titles in the discus. His collegiate career in Austin was no less impressive. In four seasons at Texas, he led the Longhorns in scoring twice and receiving all-America recognition at halfback as a senior. Clay later sandwiched two seasons with the NFL's New York Giants around a stint in the Army before moving on to a lengthy career officiating high school and Southwest Conference football games.