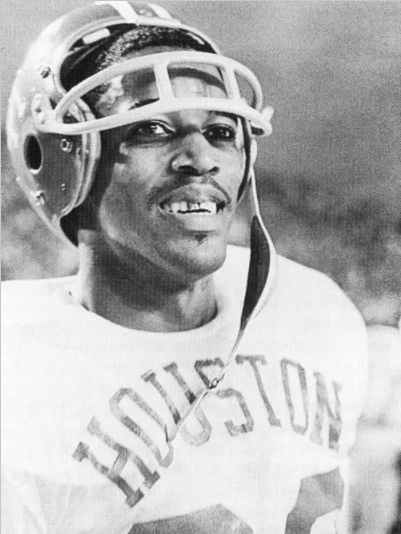 Wright soared into the national spotlight as an all-America receiver with Houston in 1970. But before that, he was catching passes for class 2A state champion Sweeny. Wright had 33 catches for 780 yards and scored 82 points in the Bulldogs’ state title drive in 1966. Despite the advent of the run-and-shoot, his career total of 3,347 yards on 153 receptions remained a Houston record for decades. He also began a practice now taken for granted at the pro level, becoming the first player to perform an end-zone dance and sometimes high-stepping into the end zone at the end of long touchdown runs. Wright earned consensus All-America honors in 1970, when he had 47 catches for 874 yards and 9 TDs. A first-round draft-pick, he spent five seasons in the NFL with Kansas City, Houston and New England, earning All-Rookie honors in 1971. 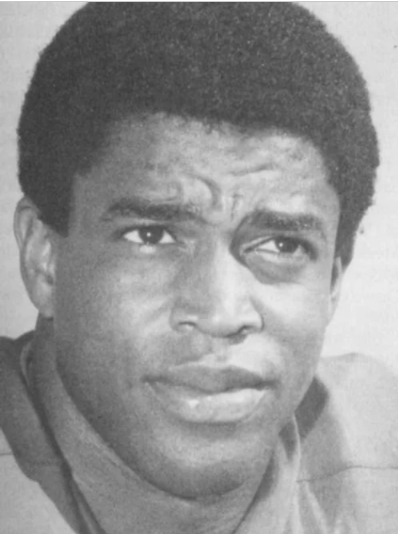