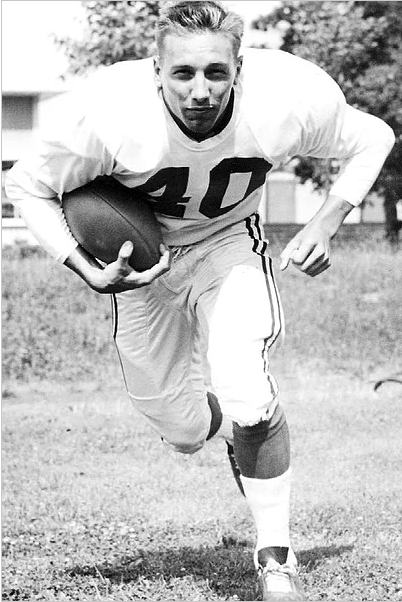 Bobby Joe Conrad guided Clifton to district championships in 1952 and 1953 and was named all-district and district MVP both seasons. As a senior he scored 207 points and led the Cubs to the state semifinals, where they lost to eventual champion Ranger. In 1953 he became the first player in school history to make the all-state team. A four-sport letterman at Clifton, he showed that same versatility at Texas A&M from 1955-57, playing quarterback, halfback, fullback and end under legendary coach Paul “Bear” Bryant. He was a member of the school’s 1956 SWC championship team, and in the 1958 College All-Star Game kicked four field goals and intercepted a pass in a 35-19 upset of the 1957 NFL champion Detroit Lions. Conrad played multiple positions for the Chicago/St. Louis Cardinals from 1958-1968 and the Dallas Cowboys in 1969. He made the all-NFL team in 1963 when he led the league with 73 catches, and finished his career as the Cardinals' all-time receptions leader with 422 catches for 5,902 yards and 38 touchdowns.